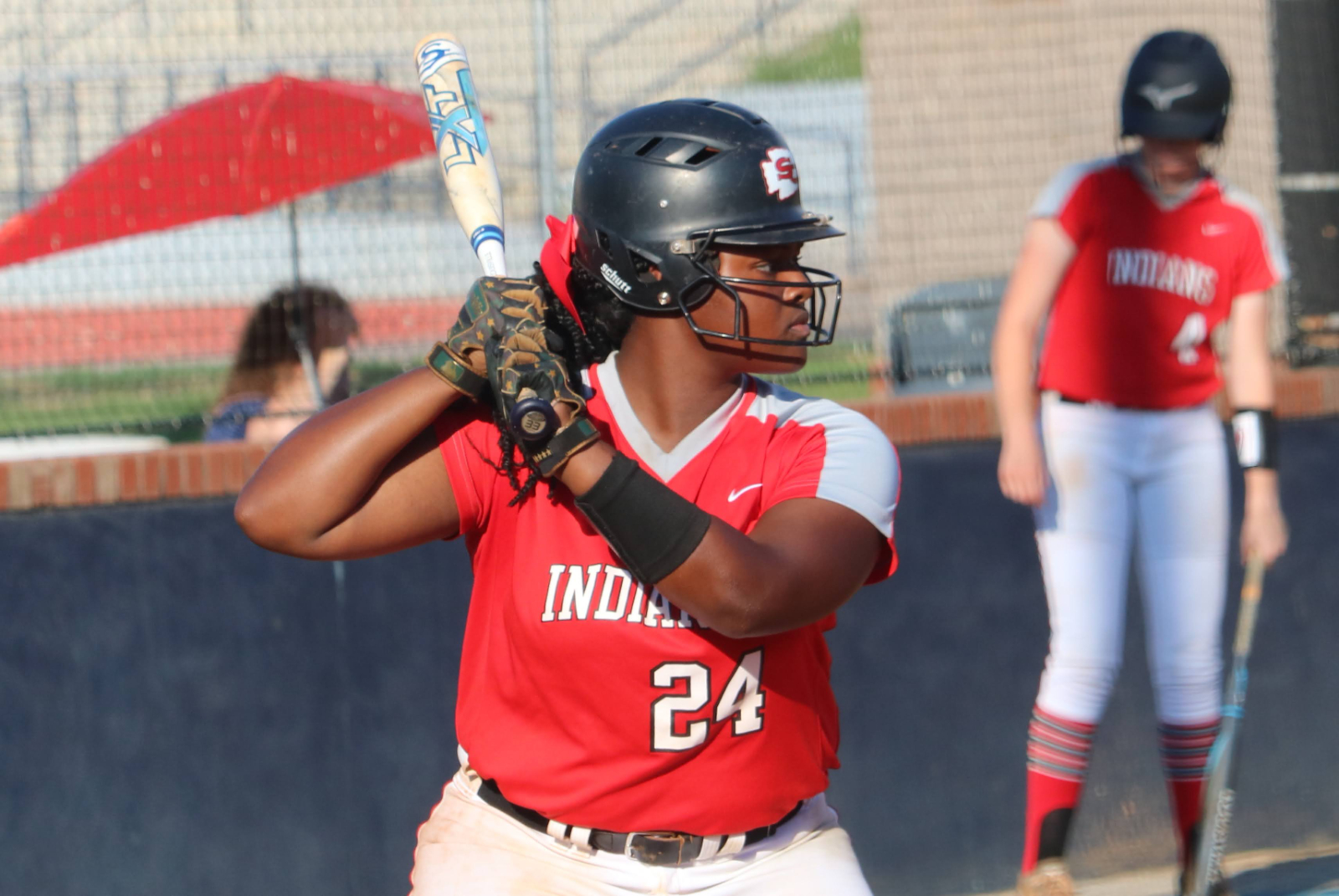 It came down to the last play, but Indians was on the wrong end of a 2-1 defeat to Oconee County on Wednesday. The game was tied at one with Oconee County batting in the bottom of the seventh when an error scored one run for Oconee County.

The pitching was strong on both sides. Oconee County pitchers struck out two, while Indians sat down five.

Kate Newberry led the Oconee County to victory on the rubber. Newberry surrendered one run on four hits over seven innings, striking out two and walking zero.

Huff went 2-for-3 at the plate to lead Indians in hits.

Oconee County didn’t commit a single error in the field. Brinley Baughcum had the most chances in the field with four.

Indians Claws Back, But Falls Just Short Against Hart County

Indians fought back after falling down by four runs in the second inning. The comeback fell just short though, in a 7-6 defeat to Hart County on Wednesday. Indians tallied five runs in the failed comeback. Samara Walker, Allie Huff, Brenna McCall, and Laney McGee powered the rally with RBIs.

Indians collected eight hits and Hart County had 11 in the high-scoring affair.

Hart County took an early lead in the second inning. Red Campbell singled on a 0-1 count, scoring one run.

Hart County knotted the game up at six in the top of the sixth inning, when an error scored one run for Hart County.

Hart County took the lead for good with zero runs in the third inning.

Campbell was credited with the victory for Hart County. Campbell lasted seven innings, allowing eight hits and six runs while striking out four.

Indians racked up eight hits on the day. McGee and McCall all collected multiple hits for Indians. McGee led Indians with three hits in five at bats.

Lady Indian Softball are set to face the number one seed out of the 5AAAAA Region on Tuesday, October 6.