The first match of the night was was against Rabun County. They were a small group with only six wrestlers. The final score in that match was 66-18 in favor of the Indians. Nathan Lewallen, Tyler Fulbright, and Nathan Walker all won by pin fall. Every other point scored on the night was due to forfeit. The Indians only gave up one true lose in the dual.

The second match was against a much improved Habersham Central team. The Indians came up short in this dual losing 27-52. There were still several good wins on the night. Athena Malek and Nick Randall won by pin fall. Ben Beady won a decision match 6-4. Tyler Fulbright and Mason Norton won by forfeit on the night.

The big thing on the night was the celebration of our seniors Athena Malek and Ben Beady who were both 2-0 on the night and continued their winning ways. 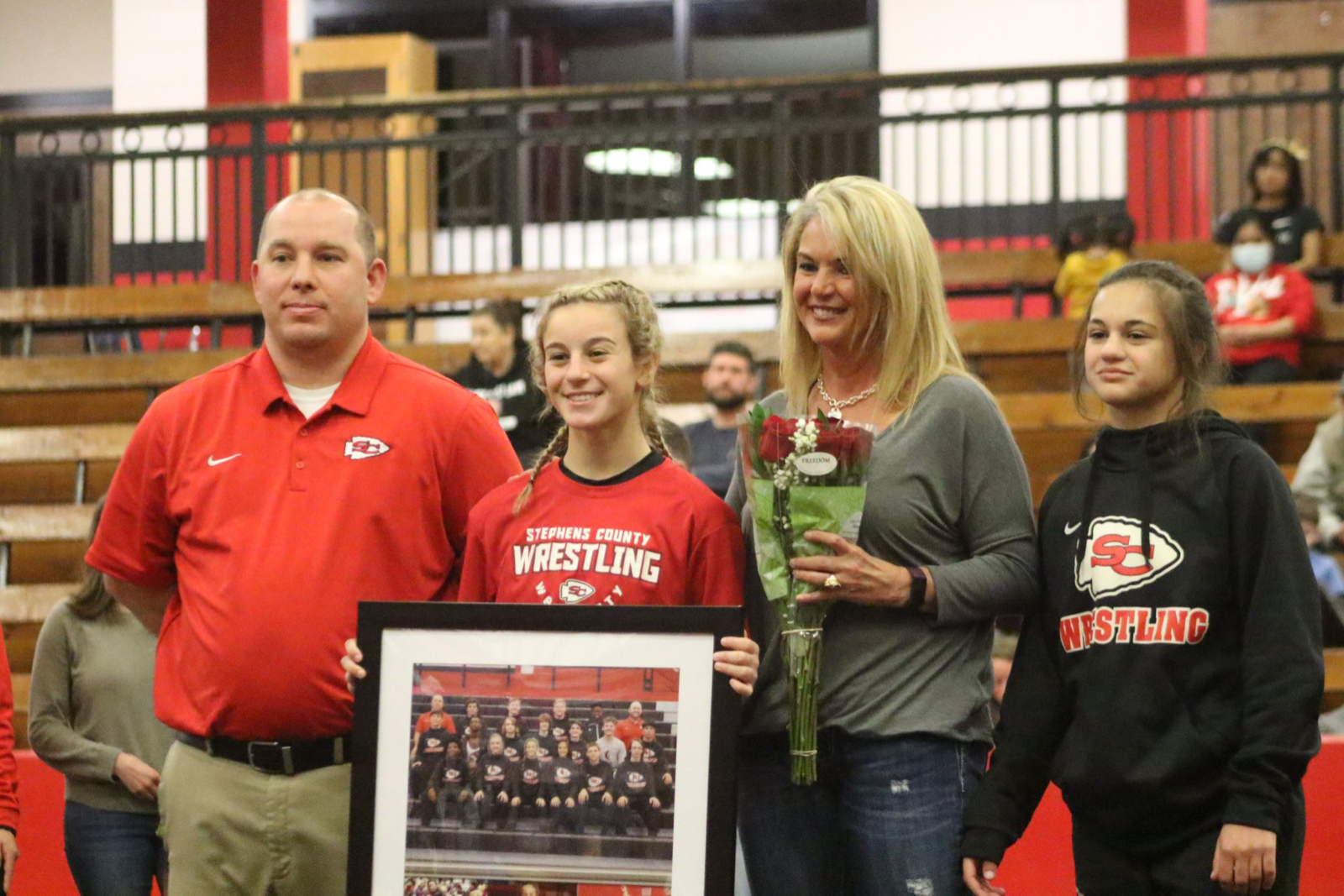 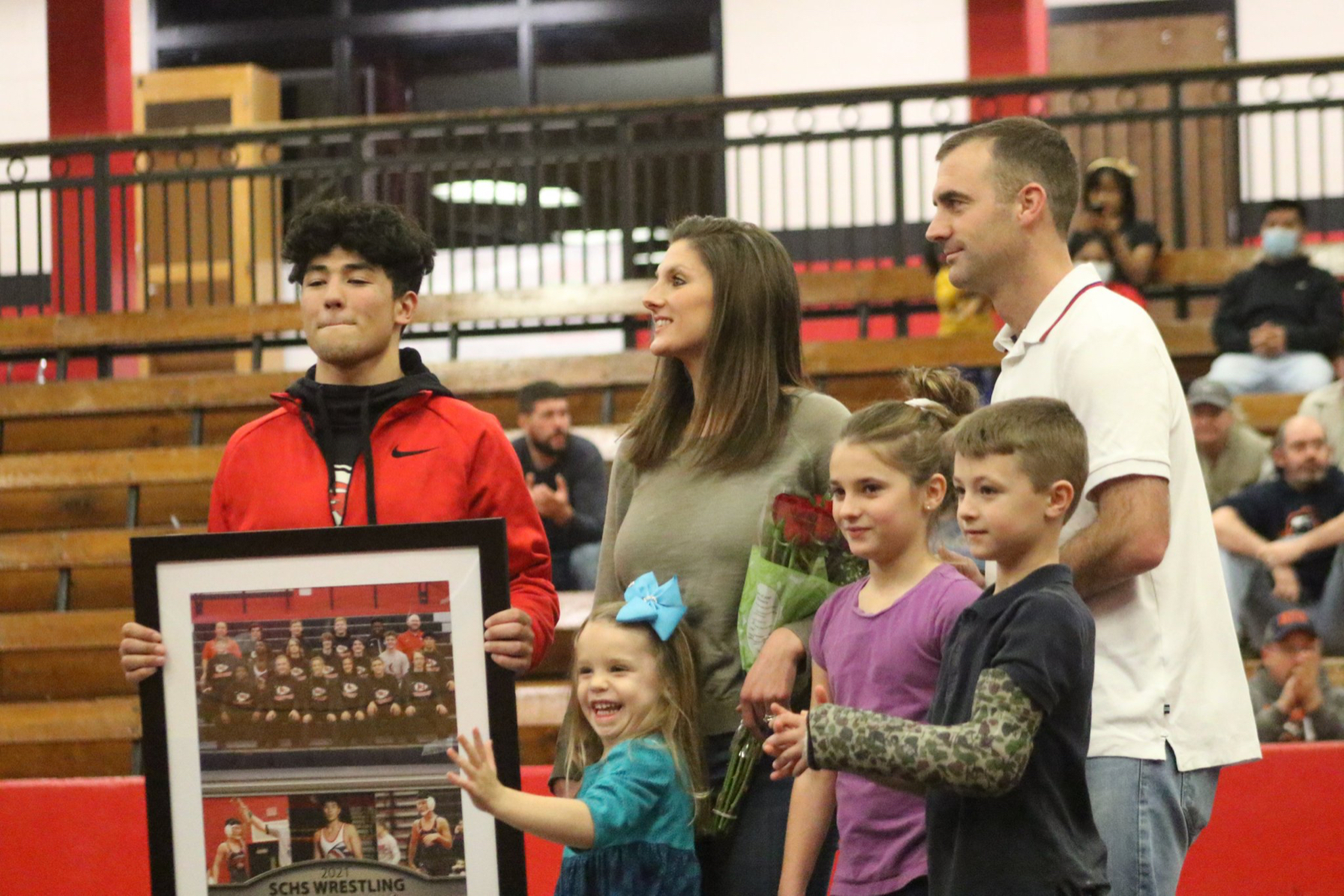