Indians Get Revenge on Red Raiders with a Huge Win   The Stephens County Indians football team had a big win last Friday with a score of  44-13 over Madison County. The Indians were able to avenge the Raiders after getting beat in the final minutes of their game against them last year, which cost

Toccoa, GA | Tuesday, September 22, 2020 Both teams were strong on the rubber on Tuesday, but East Jackson was just a little bit stronger at the plate in a victory over Indians on Tuesday. Allie Huff started the game for Indians and recorded 21 outs. Isabel Harrison was the winning pitcher for East Jackson. Harrison lasted seven innings, allowing four hits

On Tuesday September 23, the Stephens County Volleyball team traveled to Commerce, GA to take on East Jackson and Franklin County High Schools. In the first match, the Lady Indians won 2 set to none against Franklin County. In the second match, Stephens could not overcome mistakes and lost 0 sets to 2 to East

It was a great meet for the Stephens County Indians Cross Country teams. The boys finished 2nd and the girls finished 3rd in the meet. Grady Sanders finished 3rd overall and River Duncan finished 6th overall. The boys ran a team time of 19:59, the best of the season. The girls also ran their best

Our Indian runners had a good day on the running trails in Hartwell.  This group is working really hard and the hard work is showing up more at each of the Cross Country meets we run. The boys finished 2nd overall. Grady Sanders placed 3rd overall with a time of 17:40, River Duncan placed 6th 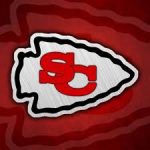