Please click on the link to purchase tickets in advance for the upcoming baseball playoff games on April 29 starting at 4 pm. https://gofan.co/app/events/307850?schoolld=GA5040

Baseball Sweeps Monroe Area, Earn Play-off Berth The Indian Baseball Team clinched a state play-off berth, Friday night, by sweeping Monroe Area by scores off 8-0 and 10-7. In game one, Garrett Pless pitched a complete game shutout on the mound giving up only 5 hits, striking out 3. At the plate  Cruz Mullinix led the 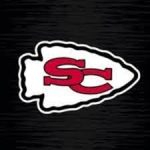 INDIANS WIN IN 11 INNINGS Last night the varsity Indians Baseball Team traveled to Monroe Area and came away with a marathon 11 inning victory by a score of 7-5. On the mound pitchers Ayden Garmon Garrett Pless and Cruz Mullinix combined on the victory. At the plate the Indians were led by Carson Worley